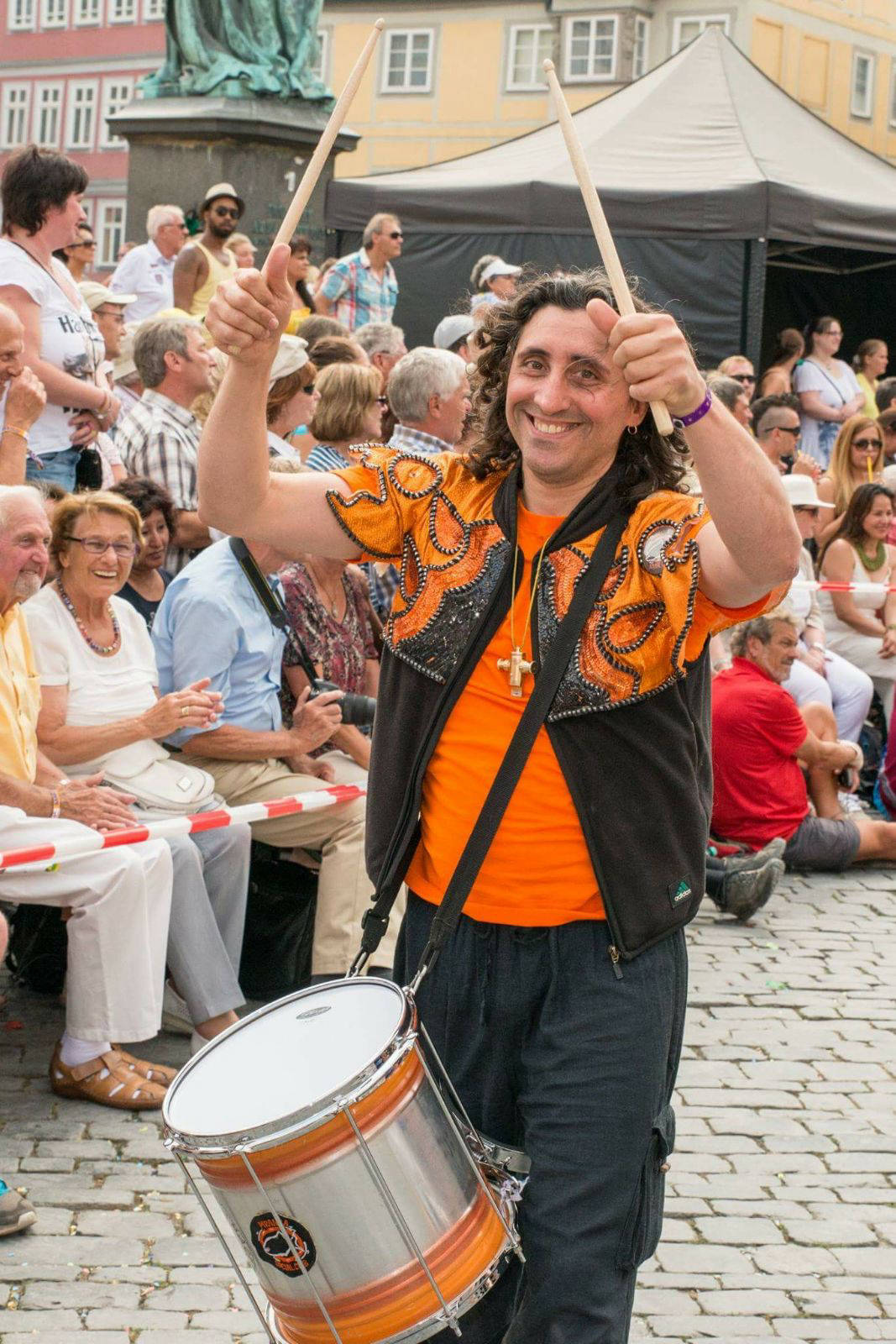 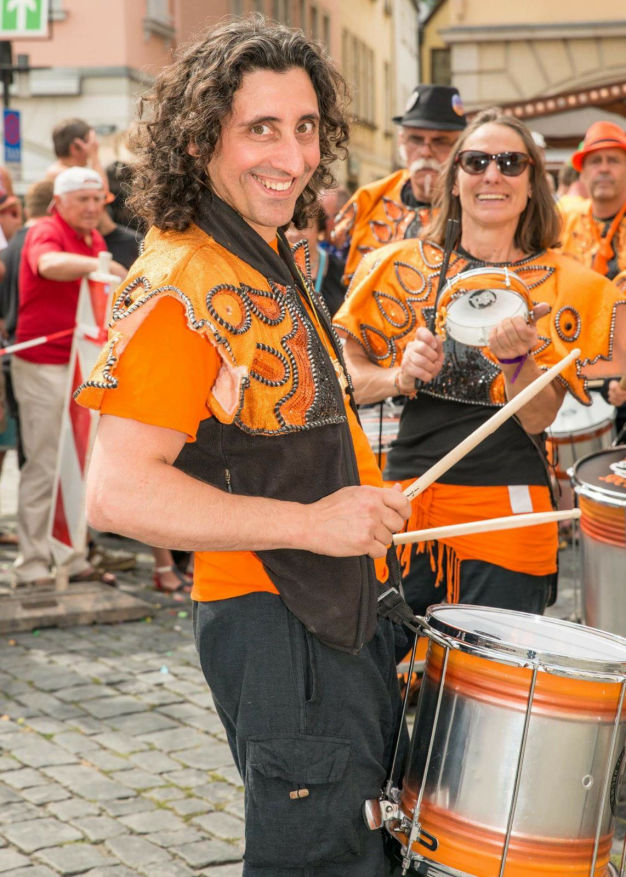 He was born before being a drummer, as he began to use his bare hands, beating school books! But it was only during the years between 1988 and 1993 that it literally developed with the experiences made in Puerto Rico as a student of drums and percussion by the Italian Maestro - Puerto Rican Carmelo Giammillaro. For six years Alberto studied with the same method used in the conservatory and the musical university in USA. But the percussion has cultivated them in the land of Salsa, listening every morning Salsa and merengue and in the evening then in the bars, dance locals and meetings typical of the place. Sometimes improvising himself percussionist for the simple fact of being present at a birthday or wedding party and at the weekend. But precisely because of the spontaneity of the daily life of that country that Alberto has been able to make those experiences the strong sense of the Artist, not wondering if he studied that rhythm or how to play it but arranging himself and diving himself into the practical part of playing and making those sounds those emotions and that particular Feeling that is transmitted precisely in those events. Returning to Italy, Alberto played in different Bands using drum computers using percussion looping programmed by himself to play live drums and percussion at the same time.  Then arranging some studio jobs, producing CDs just like Percussionist and not just playing the drums.

Then in 1993 with the transfer to Germany, the work as Percussionist is increased more and more, also because opening his own school of Drums and Percussion, Alberto has been able to develop the experiences of Artist and Master in the various facets that make the world of percussions so varied and open to a thousand musical directions. The Djembé courses. Latin Percussions with Congas and Bongos, Cajon and the Samba school with all its drums and instruments very different from each other. Everything has brought Alberto to high level experiences.

In 2002, then, Alberto formed the PIRANHA SOCIAL CLUB Group, the Samba group that initially recruited members from the African Drums courses, some from Latin percussions and others instead attending the Samba school.

So Alberto not only grew the experience but going to play in the squares, in local festivals in national and international events, festivals, afterparty for companies and industrial groups, etc. He made his group a Name and a form of Business Card that made him known and appreciated by many.

Even the experiences in Brazil, made from 2007 to 2014 with the deepening of advanced techniques, the knowledge of famous artists and the expansion of different genres of Samba, Alberto has acquired a remarkable and valuable artistic reputation.