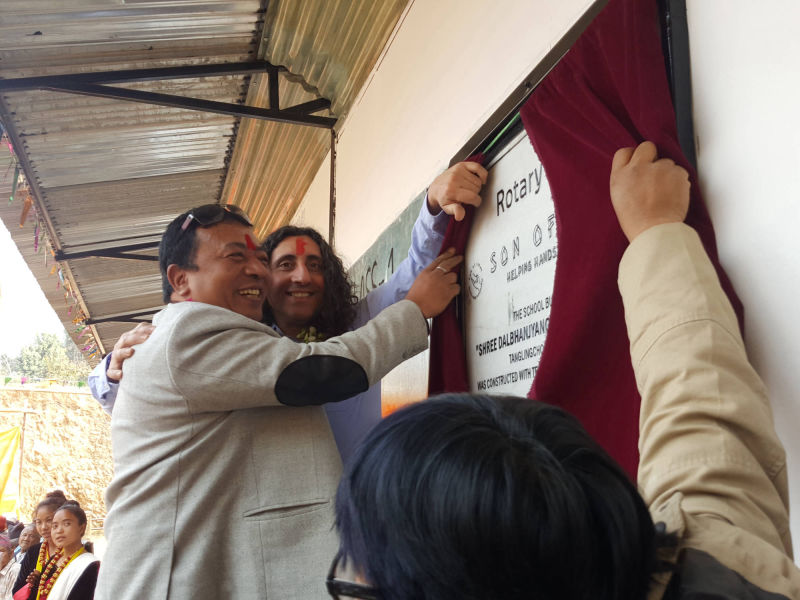 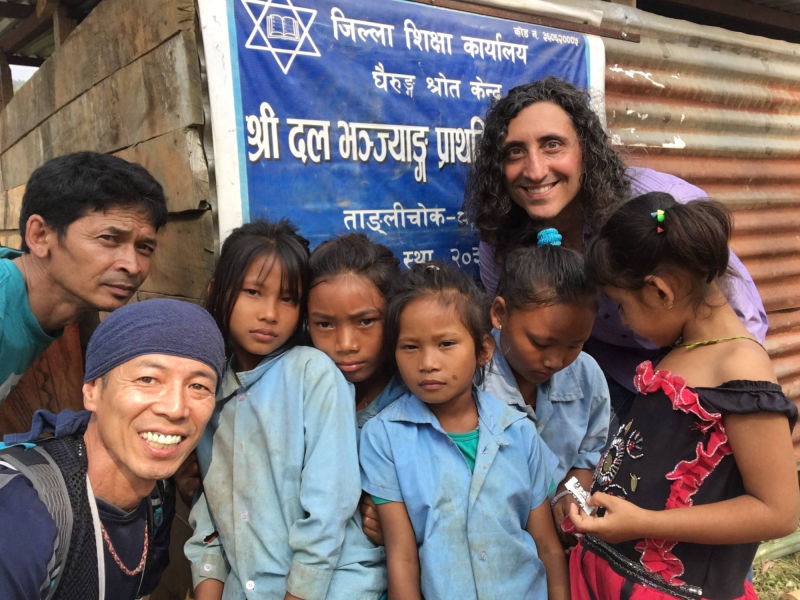 Alberto and the children 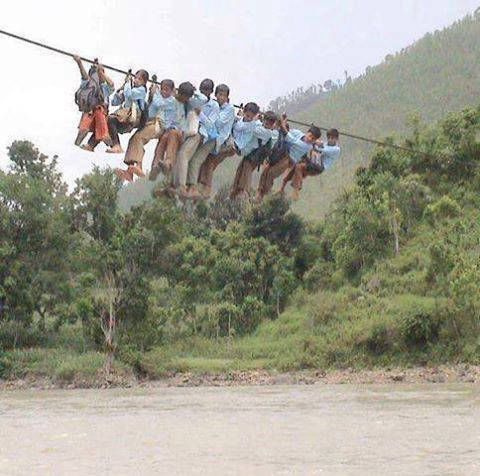 their way to school 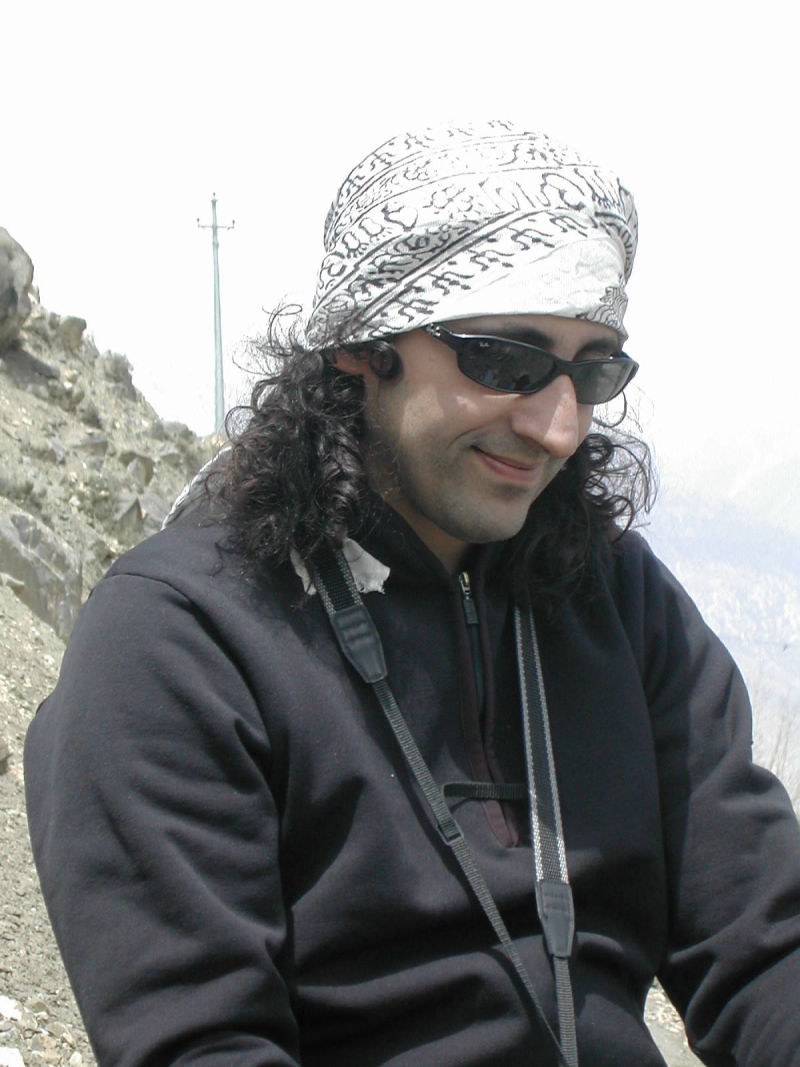 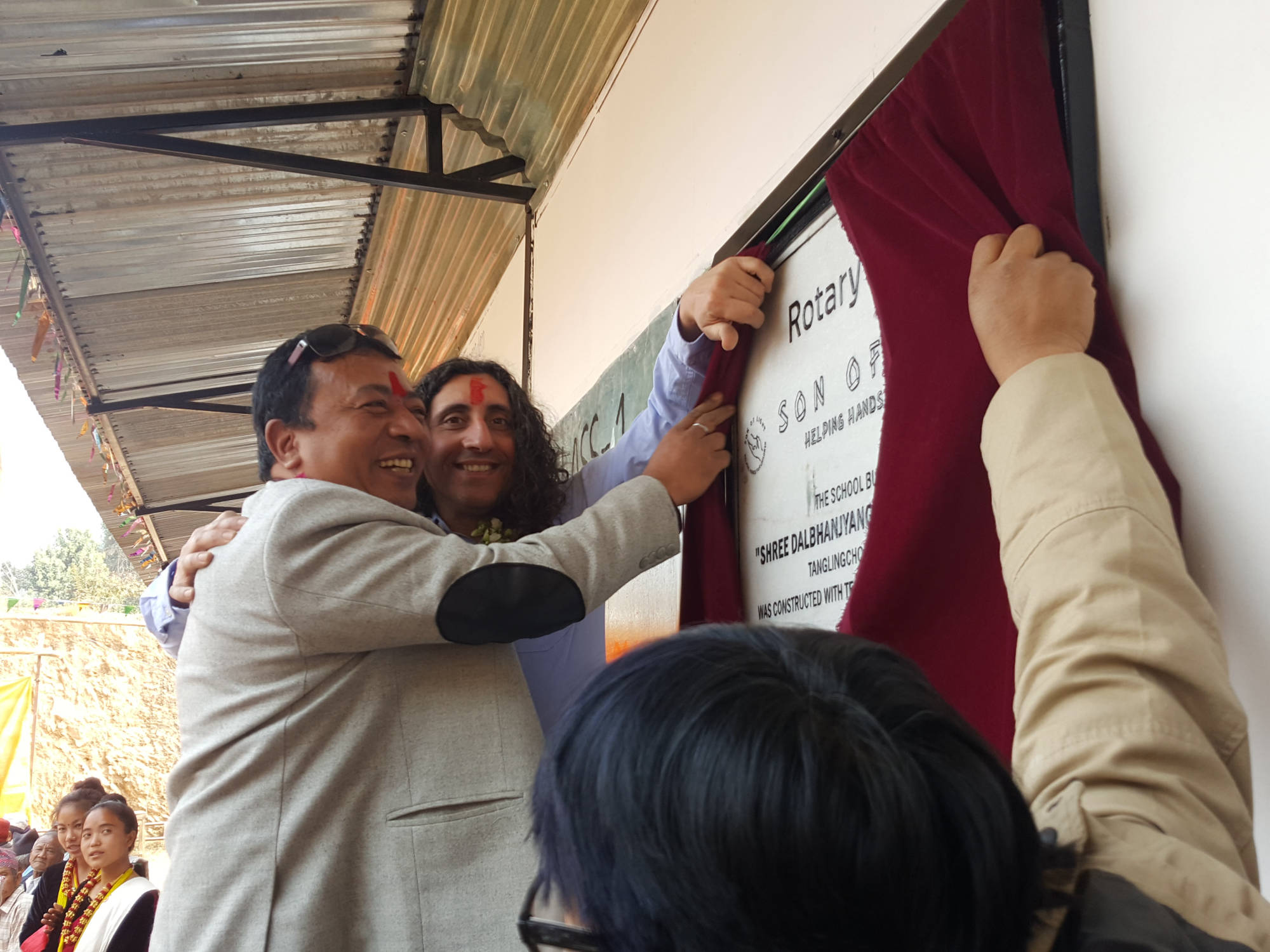 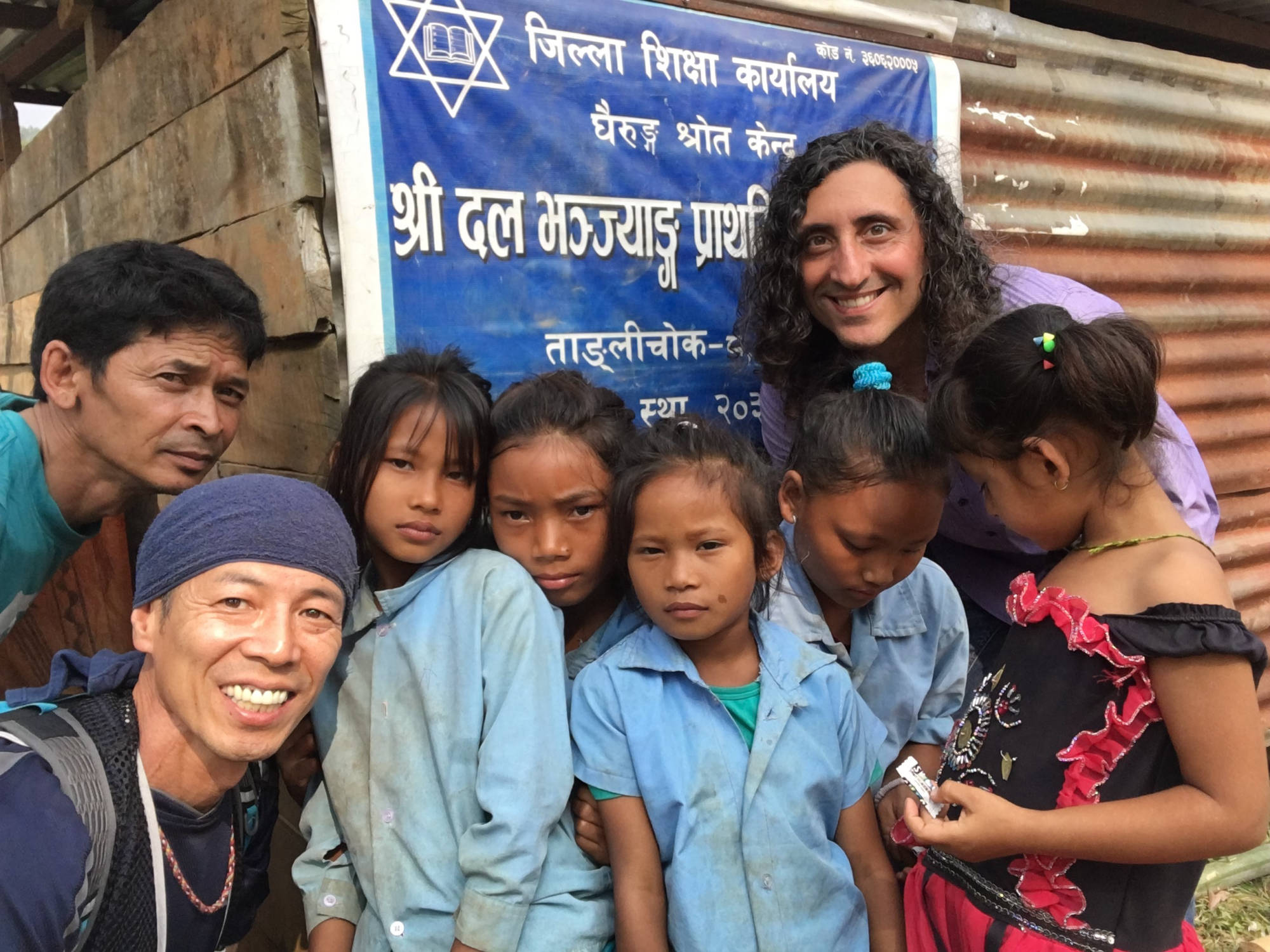 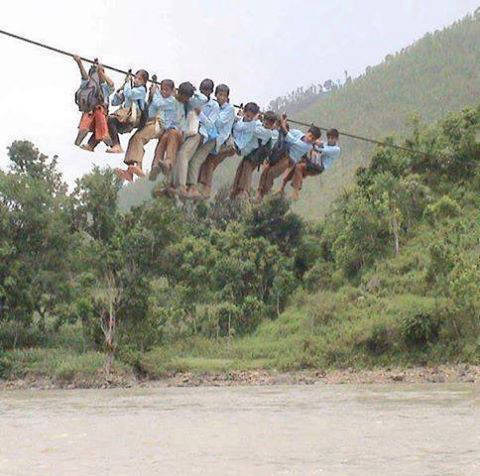 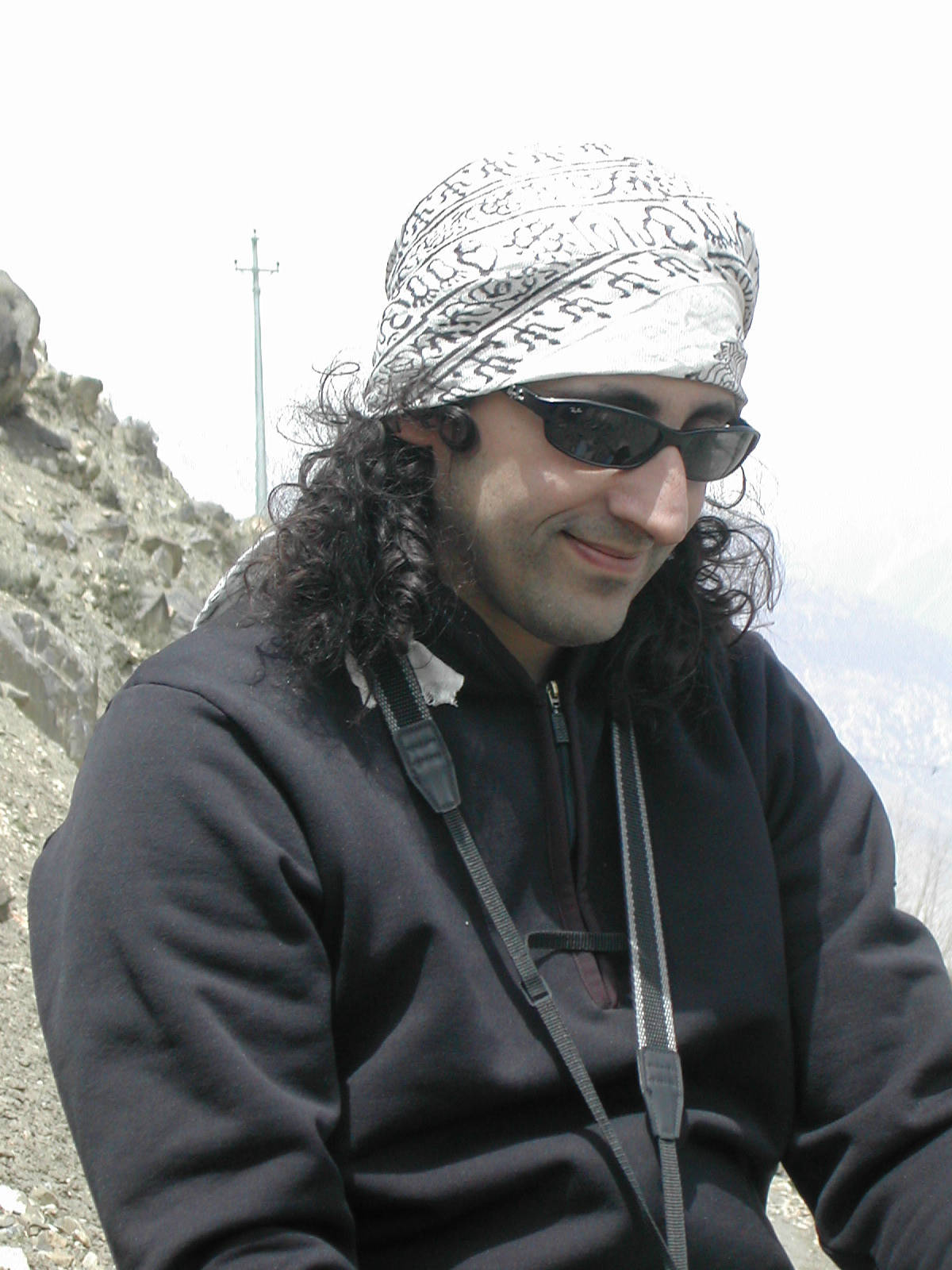 2002 Alberto Parmigiani travels to Tibet. On the pilgrim ́s way from Nepal to Mount Kailash he meets Santa Ratna Shakya. Master Santa initiates Alberto in the art of the magical world of Singing Bowls massage. 2003 In April Alberto travels again to Nepal in order to learn more about the Singing Bowls techniques and to learn about Tibetan Buddhism. During this trip Alberto also meets Shree Krishna Shahi and receives instruction from both Masters, learning more techniques in the art of Singing Bowls massage. During this trip, Alberto, inspired by the unforgettable experience of a year here in Tibet, wanted to go into the mountains in order to replenish his energy and travels in the Annapurna region along another pilgrim ́s path towards Muktinath. On his way, as in the previous year, he encountered many children living in poverty, without proper clothing or shoes, without any education and sometimes with no food and health problems........ Touched by the helplessness of these children, Alberto spoke with Santa and Shree on his return to Kathmandu and discovered that Santa and Shree had organised a benefit concert in Scotland back in 2000 in order to raise support for the poor children of Nepal.

After this conversation Alberto wished to help as well, and on his return to Germany started to give Singing Bowls concerts in support of Nepalese children, while at the same time, Santa and Shree were giving another concert in Scotland. After overcoming many difficulties, Alberto was finally able to bring the two Singing Bowls Masters to Germany and, to his great surprise, they invited him to join them on stage and perform with them at concerts in Herzogenaurach, Ravensburg and Nürnberg. It is now early June and, although the three musicians have hardly had time to Rehearse, their combined energy and strong musical feeling are very evident at each concert. In this way, a quasi-family of three musicians was spontaneously formed who were able to achieve something positive to help the Nepalese children in need. In October of the same year, the three musicians were invited to perform in Paris at the occasion of a visit by His Holiness the Dalai Lama. Alberto starts to organise a tour from his home town, where they will perform in Feldkirch in Austria, the Kunsthaus Bregenz followed by Paris, the Karma Ling Monastery in Dijon at the World Festival, and then back to Paris Bercy (Sermon by His Holiness the Dalai Lama). Then onwards to Barcelona, Mallorca, again Barcelona and then, back to Germany. At the end of this long, but highly successful tour, the three musicians were even more motivated and were giving further concerts in addition to work-shop seminars and training. The fruit of all this hard work was able to help 35 Nepalese children.

2004 At the end of February Santa and Shree return to Germany to record a CD and play several concerts which have been organised. In early March, Pino Fusaro, the founder of “Peaceworkers“ and “Children ́s Smile”, invites the three musicians to play a concert in Nürnberg. This concert, “Viva Tibet” was moderated by the actor Ralf Bauer. Alberto explains to Ralf about the background philosophy of the three musicians and Ralf is fascinated, subsequently organising for the musicians, a concert in Munich. After this concert Pino proposes that the three musicians and their organization should have a name. He suggests the name “Son of Light”. In April, Alberto travels once again to Nepal where the number of children who are now being supported by Son of Light has risen to 45! In Nepal there is much to do. The “vacation” that Alberto has taken is in truth necessary in order to organise everything, to visit the children in their school and hold meetings with the Directors and to meet with other children who may potentially require help. In spite of all this, Son of Light fly from Kathmandu to Delhi to purchase school materials on good terms and subsequently, to visit His Holiness the Dalai Lama at his home in Daramsala. During the course of the year, Son of Light is able to sponsor a further 12 children, to purchase an ambulance for the children and in the future, also for use in Kathmandu, thanks to the donation of the 1st Prize from a music competition for children in Nepalese traditional music. In October Santa and Shree will return to Germany to play other concerts and to establish new contacts for future ones. 2005 Further concerts in Germany in conjunction with work-shops and training. In March Alberto returns to Nepal and makes his way into the mountains where all three musicians travel to Chairok Tibetan Camp, a refugee village at an elevation of 2500 meters in Marpha-Mustang, and distribute 30 kilograms of clothing plus a donation to help benefit 41 Tibetan children. Programs are planned for the summer in Mallorca and Barcelona to include more concerts, radio and television interviews and a special concert in the Planetarium in conjunction with Unicef together with a beach concert under a full moon. In November, in Barcelona, a further 6 concerts in the theatre “La Caixa” with the collaboration of the „Amics de Nepal“, an institution that also works to help poor children in Nepal. 2006 The interest in sponsoring children in Nepal continues to grow. Alberto flies once again to Nepal, this time to make a video about all the work that has developed out of this project. Both schools and playschools, together with private individuals, want to learn more about the Son of Light Project, so Alberto wants to prepare more informative material about the children. Back in 2005 an official letterhead and logo together with photographic material had been drafted. A concert in Germany has been planned for July and, in August-September, a tour in Colorado, USA to present the CD, “Bougholic Awaz Live” together with a concert work-shop and training.